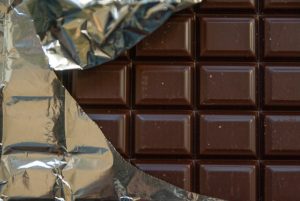 Treat yourself to these fun facts about chocolate.

Chocolate is Celebrated Year Round

July 7 is known as Chocolate Day, and even though that day has come and gone, that shouldn’t discourage you from observing it. No matter what else you’re doing, it’s not hard to have one hand dedicated to holding some chocolate. The reason that July 7 is designated as a celebration of chocolate is because that is supposedly the day it first came to Europe. There are still a few weeks until National Milk Chocolate Day on July 28, and International Chocolate Day falls on September 13. For those with a more selective taste, National Bittersweet Chocolate with Almonds Day is on November 7, so start getting ready!

You might find it delicious, but technically speaking, white chocolate is not a real variety. There’s no cocoa solids or chocolate liquor used in its creation, which is what sets it apart from its darker cousins. It does use cocoa butter, though, so at least it has that going for it.

Hot chocolate is much older than you think. The Aztecs and other Mexican cultures innovated this tasty drink, which makes it the earliest form of consuming chocolate as a treat. But this chocolate was bitter instead of sweet, and instead of being a way to warm up on a cold day, it was often saved for weddings and other similar occasions.

Chocolate, or more specifically, the cacao bean, is originally from Mexico. It is native to Central and South America, and from there it made its way across the world. Solid chocolate first appeared in England in 1847; this solid form isn’t the same as a chocolate bar, however, since it’s powdery. The first chocolate was created in 1842, also in England, by a little-known company called Cadbury. Oh, and milk chocolate followed roughly thirty years later when it was invented in Switzerland in 1875 by Daniel Peter. It took him eight long years to perfect his recipe!

Have you ever wondered why chocolate can melt in your mouth? It melts around 93 degrees Fahrenheit. That’s different from many other things you can eat, some of which can’t even melt even if it feels like it does.

Wockenfuss Candies has the Sweets You Crave

Wockenfuss Candies is proud to be one of the oldest candy makers in Baltimore. Since 1915, we’ve been providing an extensive and delicious variety of candies and chocolates. We also offer lovely gift assortments that can be enjoyed at all sorts of events.

Categories: Chocolate | Tags: chocolate and sweet treats
This entry was posted on Friday, July 12th, 2019 at 4:43 pm. You can skip to the end and leave a response. Pinging is currently not allowed.
Want a sweet deal?
Sign-up to receive emails and save 10% off your first order.
Sign-up
By submitting this form, you agree to receive automated promotional marketing emails from Wockenfuss Candies. Unsubscribe at any time. Offer is valid for new subscribers only. Offer valid online only.